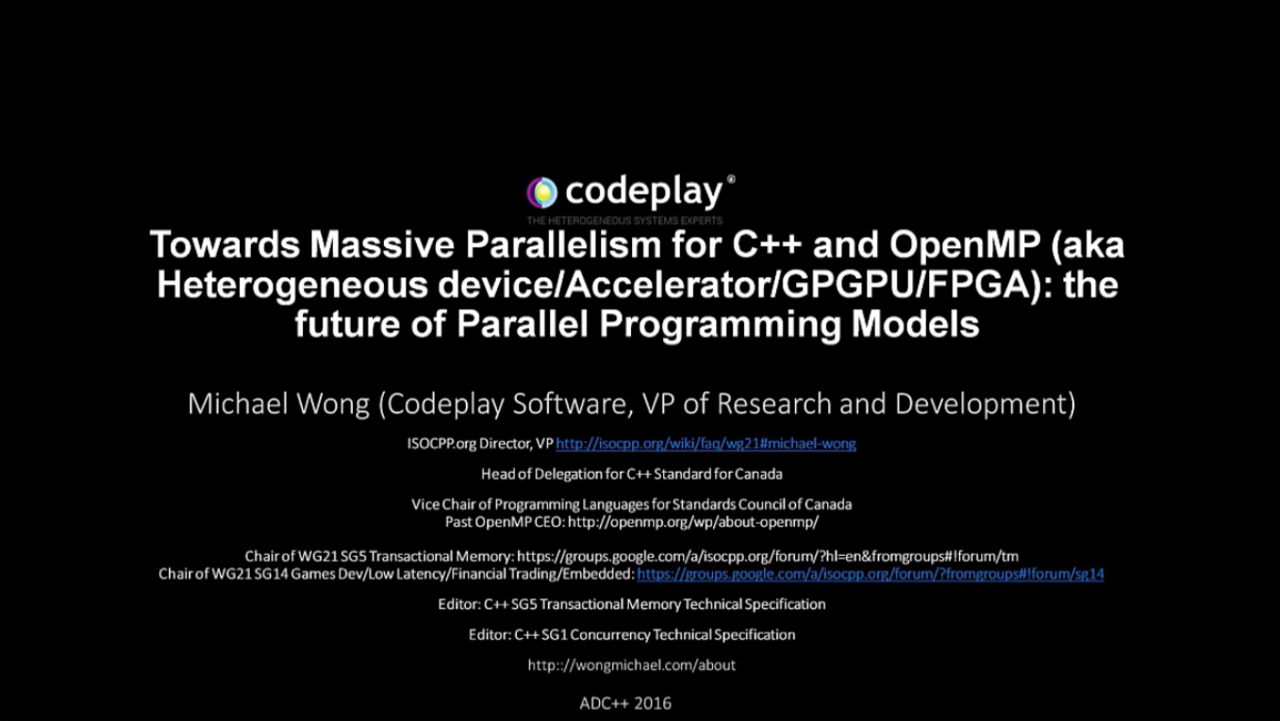 Why is the world rushing to add Parallelism to base languages when consortiums and companies have been trying to fill that space for years? How is the landscape of Parallelism changing in the various standards, and specifications? I will give an overview as well as a deep dive into what C/C++ is doing to add parallelism such as the proposaed Vector/SIMD model that employs implicit Wavefront, but also how consortiums like OpenMP is pushing forward into the world's first High-level Language support for GPGPU/Accelerators and SIMD programming. Both are necessary to express the Massive Parallelism of tomorrow. GPU/Accelerator computing looks to be here to stay. Whether it is a flash in the pan or not, data parallelism is never going to be stale, especially for high-performance computing. The good news is that Clang 3.7 has OpenMP 3.1 support through a collaborative effort between many institutions, and Clang 3.8 or later will have some form of of support for OpenMP 4 accelerators that targets many different devices, including Intel Xeon Phi and NVIDIA GPUs. Other compilers with high-level accelerator support will be GCC 6. The OpenMP model was designed to fit all possible forms of accelerators. However, in a changing world where discrete GPUs are transitioning into accelerated processing units (APUs), and being combined with various forms of high-bandwidth memory (HBM), is the OpenMP model, or even the OpenACC model, the best model? Should we begin programming future devices with a new programming model that ignores the "legacy" discrete systems and aims for the future? I'll contrast the OpenMP design with the emerging C++ Standard design and how we can merge the design experience from both HPC and consumer devices. As Char of C++ Standard's SG14: Games Dev and Low Latency, I will show where we might be going in five years with an accelerator model that is appropriate for the future with description of Agency, SYCL, HCC, and HPX based on an outline of future goals.